post #152
Today I just want to share some photos that I have been having a wonderful time working on.  I started following the progress of MILKWEEDS a month ago, now that George Ella has changed the letter M in the alphabet book we are working on. "M" now reads as "milkweed in the meadow."
These plants make some large changes during the growing season!  The large blooms are replaced by large seed pods -- which I look forward to photographing once they start to open.  I thought the white tails on those seeds were the reason for the plant's name, but no, it comes instead from the white fluid (sap) that oozes out of the stem system.  (Is it obvious I managed to get through high school AND college without ever studying biology?  I often have cause to regret having missed that course.)
I am also a big fan of milkweed, though, because of the esssential role it plays in nourishing monarch butterflies.  Here are two links about that part of the story: click this or this.

This first photo is just an overview of "milkweed in the meadow."  There's a bit too much bright sun in this photo for me to be able to use it, plus it isn't as strong as it could be in the design department... What it does is give a context. 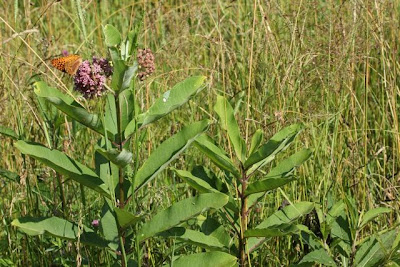 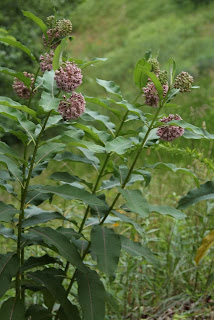 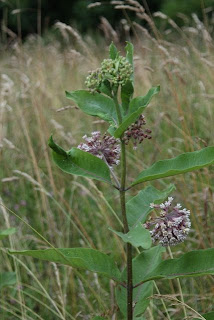 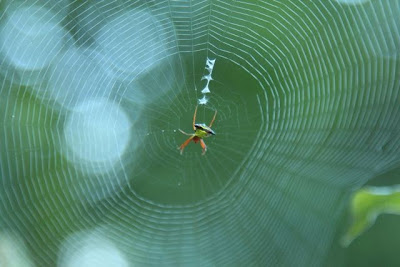 My favorite photo so far is this early one, with its butterfly visitor.  I have made a note card from this photo, calling it "milkweed mama."  I like how everything works together, photographically, even the shadows on the green leaf. 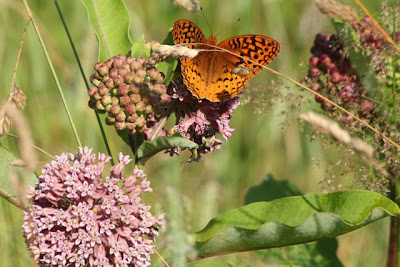 A photography friend, Betty Hall, who lives in Lexington, KY, shares her butterfly fascination and her special garden on her blog, called Celebrating the Ordinary.  I recommend it highly.  I put the link here for the post where she talks about not seeing any Monarchs this year before July 1, for the first time in 7 years.
I am also in the middle of reading Barbara Kingsolver's latest book, Flight Behavior.  Of course I don't need all this info in order to make a good photo, but I can't help caring and being curious about how these pieces of our world work together.  I thank people like Betty and Barbara for making art out of their passions. 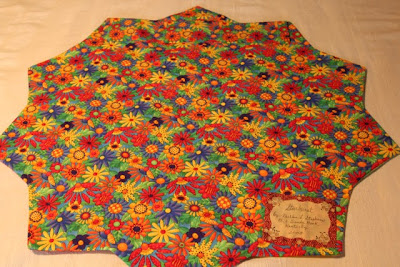 post #151
I have a quilt that continues to amaze me no matter how many times I examine it.  There are so many ways to see how its pieces fit together and how each piece works within the whole.  The image above is the back of the quilt.
The woman who made it did it with such care  -- so many corners to get perfectly aligned!  The quilt is meant to be a wall hanging, but sometimes I like to hang it in front of a window to experience still another fascinating dimension of it.
When our 3 1/2 year old granddaughter spent a week with us last summer, she asked to have it on the bed with her.  This was after she had looked at it and looked at it, in all kinds of light.  At one point she told me that the quilt was "holding up the ball [in the middle.]"  Before her visit, I had thought she might find the combination of light and design engrossing, so of course I was delighted that indeed she did.

The artist is Debbie Stephens, who lives in my county.  Many of her quilts tell a story or show a scene.  Of course her traditional Appalachian quilts are often identified by the featured shape of the squares.  Debbie has made many, many quilts, but I believe this is the only one that is purely geometric.  Thank you so much for your hard work, Debbie, and for your amazing eye.

Here is my granddaughter in a rare bashful moment, with her bunny and her bear: 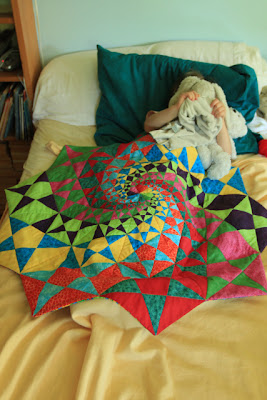 Then here are some other photos of the quilt.  I don't feel I have managed to show the mystery of it very well, but it has been worth it to me to try. 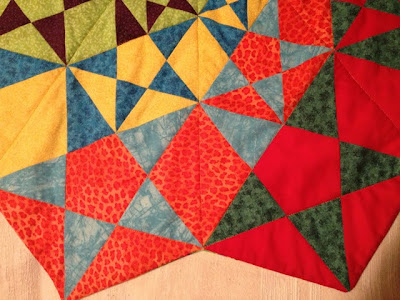 each photo has its story

This first one was taken in June, in California, at a Vietnamese restaurant where I went for some take-out PHO.  While I waited, I found myself fascinated by the single photo on the wall.  Well, I guess pho and photo do have at least a phonic connection.  Anyway, I ended up having a long conversation about the image with one of the waiters, who thought the bridge shouldn't be off center.  I said I thought its offcenteredness made the photo a lot stronger.  It was graduation day in the area, so the place was busy. I just took a single photo and I didn't ask permission.  But I think of that experience and of this photo often, for some reason, so I have wanted to bring it to this blog.  I still wish I could cross that bridge -- and that viewers would sometimes want to enter one of my photos just as much. 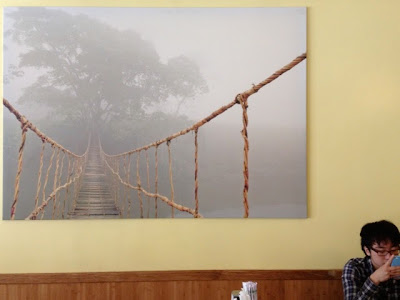 On a different trip, again with family, I ended up with a bedroom that, just like home, had active birds staying within view.  I finally went outside and sat on the hillside to see what was going on.  This robin's nest was right above my window!  The babies were big enough to be pretty hungry, which explained all the activity.  Here are three of the photos I took, including the cleaning of the nest.  I was told that birds will take debris, like an egg that didn't grow, and carry it far away from the nest so that it won't leave a clue below that growing baby birds are nearby.  I wasn't expecting egg removal to happen, though, so my last photo isn't as steady as I would have liked it to be. 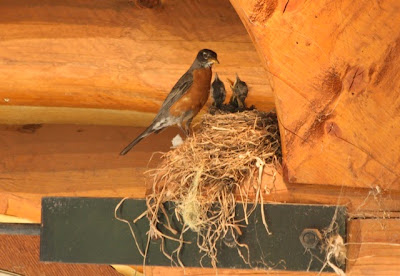 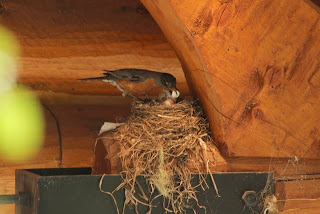 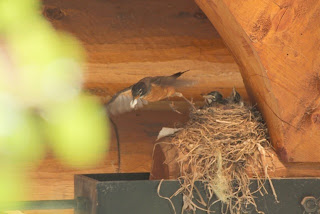 I'll close with the full moon in Denver, during a delicious dinner outside.  This is really how it looked.  It was a thrill to have it be right where we could see it so well.  Sometimes things just work out that way, and they really do. 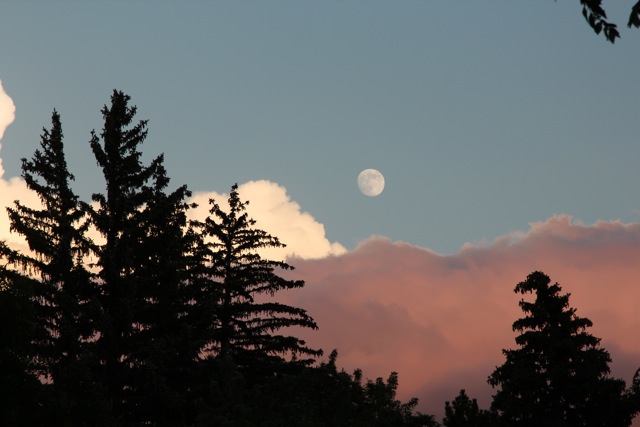 post #149
I am at last home again in Kentucky -- it's not too humid, not too hot, the deer are eating our apples as they fall, the chickens are still laying eggs, and company's coming. Sounds like it's still summer!
One of my best ideas during this recent family visit was to give my camera to my son, Eric, during our big outing to see the cliff dwellings of the ancestral Pueblo people at Mesa Verde National Park, near Cortez, Colorado.  I can sometimes zone out while taking photos and I don't pay full attention to every step I take.... It occurred to me that this would be neither the time nor place to do that!  I also realized that my son did not have a small child to look after during this tour, and he might enjoy taking some photos for a change.  He has a good eye.  He accepted my offer, and today I'm proud to post nine of the photos he took during our visit to the Balcony House.  I am also proud that I made it safely from one end of the tour to the other.  In addition to being challenging, it is indeed fascinating to experience the place up close and personal. 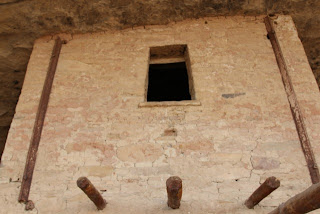 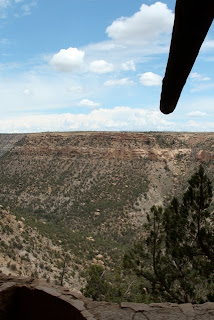 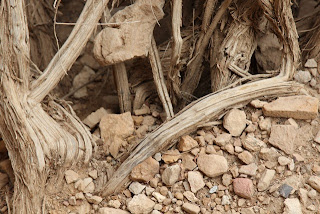 Eric's cousin, Daniel, was also taking photos and video.  I am next including several of his images as well.  Thank you both so much!


Driving to and from the park took two hours each way from where we were staying. Since we had three small children with us, we didn't have time to go on any of the other tours.  But we were all so glad to have been to Mesa Verde.

Note: George Ella Lyon's picture book, Dreamplace, went with us. too.  George Ella had visited there as a child.  The illustrator, Peter Catalanotto, got permission to be in the park at dawn as he researched the paintings he would be doing.  That way he was there before other tourists were allowed in, so he was able to see the early light and experience the place quietly.