back from where I was

post #96
A whole week seems to have gone by since I was somewhere else and without wi-fi access!  I hated to miss doing my blog last week -- after 96 weekly posts with only two other skips -- because sharing my thoughts and my work energizes me.

Most of my recent photo work has been about people, which is what makes wedding receptions enjoyable, of course.  But since I have a big thing about privacy and unintended consequences, I am not comfortable posting any of those photos in this blog.  I do want to say 1) how much I admire people who are real wedding photographers (I have done four, which is plenty) and 2) how much I really get into being among a group of people with an excuse to make photos of them.  I guess this speaks to my photojournalist wannabe self.   So my thanks to all -- you know who you are -- for going along with the program last weekend.
Today I would like to share a photo I made a month ago that looks as if it were taken by someone who knew what she was doing.  I did not.  In fact I didn't think it could be done with just a Canon Rebel T3i and my faithful 70-300 lens.  I am particularly excited about this photo because in June I wrote a poem about the moon, which now I have an excuse to include on this blog.   What I am unsure of now is the sizing for posting this photo -- the moon I caught is actually quite detailed, ridges and all, looking kind of like a NASA version, but it may not show up as such on your screen. 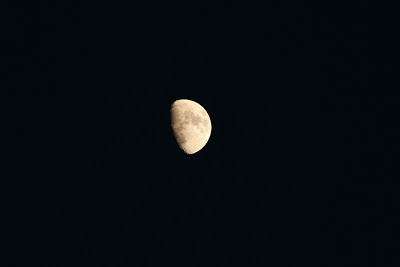 Once upon the moon
Once my father got me, once
he brought home a deed
he paid for, a thrilling title to
a piece of our moon.  It wasn't
even my birthday.  He just did it.
It was mine.  I could look up,
see it on some shadowy slope,
though no touching was possible.
(Remember, we used to think
no one would ever go so far,
that distance being like God,
just out there and everywhere.)
Now that moon holds
my memory of a moment,
when I found I owned a whole square
inch of that bright disc, with a deed
for proof, from my father who once
knew what I would want.
As for X, Y and Z for the Appalachian alphabet book draft, I have decided these letters would be the ones to use as a photography exercise, searching for the shapes of the letters in the world around us.  This also provides an opportunity to ask for help, for the use of other eyes... I have set up a blog email address if anyone cares to share an idea of something he or she has seen, more rural than urban of course, that has any one of those three shapes within it.  Have fun with this, and THANK YOU.   Here is the address:  annphoto@mrtc.com
Posted by Ann No comments: Links to this post

somewhere that feels far away

Hello fans and friends, here is a brief reality post, because I am somewhere that usually has wi-fi but today does not. I will only have this brief moment to tell you that the post will not happen today.  Not to worry, all's well otherwise, and, in fact, you will have a few extra minutes today not needing to read this regular post!  Enjoy!
Posted by Ann No comments: Links to this post

more for Appalachia, Bluebird, Creek -- U, V, and W

post #94
I am getting close to the last of our 26 letters! Today's post is the eighth for this project; the last post will happen next week.  I have taken some time this weekend for revisions, which includes adding a few photos to a few of the letters.  George Ella and I plan to meet soon to see where we are with this project and to talk about what comes after the end of the alphabet, so to speak.  To me, it feels like there's progress.  Next: make a book.... 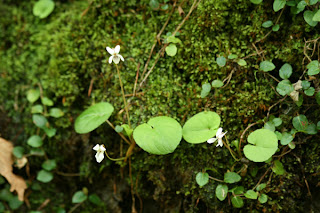 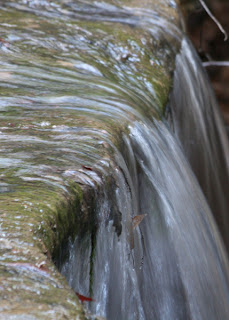 post #93
Hot, hot, hot, but we are hopeful there will be rain later today and some under 90 degree days soon.  It is beyond me how anyone can not be willing to consider that all these extreme weather events are probably part of a climate change that we ignore at our peril.  Sometimes things in life are not as we may want them to be, but that doesn't mean they are not happening.  There are definitely steps we can take to keep the planet from even greater injury.  However, this requires taking action sooner rather than later.  How about starting NOW.

I was thrilled to see a personal/professional response to non-action by two fine reporters in eastern Kentucky, one a writer, the other a photographer, in today's Daily Independent newspaper out of Ashland, KY.  Here is the link.   Thank you, Ronnie, thank you, John, and thank you, Appalachian resident Rick Handshoe, all three, for not giving up, yet.  But what more is it going to take to create a sane response to energy needs in our beloved but impaired world??

Some photos from this world, because that is how I love to share:


I would have liked to continue the alphabet book today -- with U-V-W -- but an idea slowed me down! I will be able to do it next week.  In the meantime, I am ending with a few words I wrote the day after the health care decision was handed down by the Supreme Court:


Why is the Supreme Court's affirmation today of most of the Affordable Health Care Act headlined as a Democratic victory, when my assumption is that it wouldn't have been constructed to be unconstitutional in the first place?  It is the profit-motive types who have been whining and whipping up anti-Obama fears by the rhetoric they use in challenging it. Unfortunately we will now have to listen to even more stealth PACs claiming Obama has to be taken down.  Because he backed a real effort for health care reform? that Americans badly need?  There are darker motives at work here. (See Profit comment above....) Anyway, I am glad for today's news!

Stay well, everyone, despite the precarious state of our health care system....  Ann

the second half of What's-Happening-Nows

post #92
The wind Friday night was fierce and left debris on the ridge, but we kept our electricity and so far I haven't heard of any local horror stories.  I am sorry for the fear this created over a wide section of the country, and the hardship.  Meanwhile in Colorado, my son's in-laws had to be evacuated from the fires near and in Colorado Springs.  I hope they are able to go back home soon.  That too is a story filled with fear and hardship.  I wasn't able to get a photo of the power of the wind in the short time it was happening, since I also had to secure some items outside and deal with shutting down the wi-fi and check windows and doors, etc.  We were on a Red Alert for fire danger at the same time.  Our area is very dry, so much so that Fourth of July fireworks have been canceled.

The photos for today's post may seem very tame in comparison to all this, but I offer them in hopes of acknowledging the essential variety of the natural world we rely on even if we don't control it. 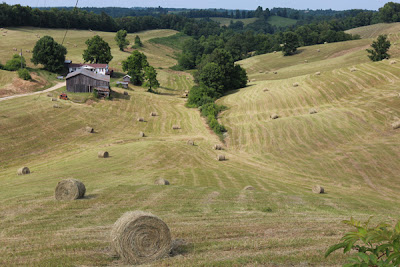 These two photos are taken last week from one of my favorite spots for hay photos, every year.  I love the lay of the land here, and the beauty of it.  In the top photo, I was trying to get the shadows to be look right, even though I was photographing more in the middle of the day than I would prefer to do. 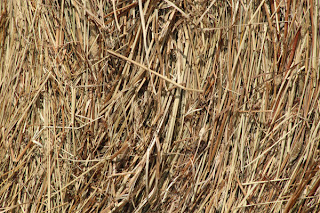 Last week I wrote here that there were more fledgling photos to come.  Here are several of the red-bellied woodpeckers, medium sized cousins (?) of the smaller downys from three weeks ago. 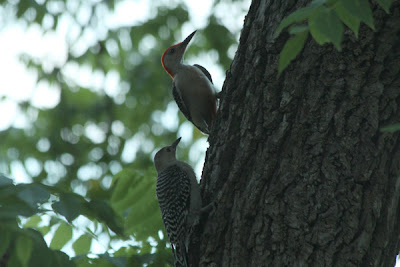 Later, on Monday: Instead of the health care comment I wrote recently, which I will share soon, I would like to add a link to a recent article by Ron Ellis, about his recent drive through eastern Kentucky.  In earlier posts I have shared some of the photos by his photographer friend, John Flavell.  Thanks, Ron, for writing about your happy time on our curvy roads.
Posted by Ann No comments: Links to this post